The Who and the How

A hospital in Luzon had recently acquired a new technology for its staff to use. Management had high hopes for the hospital’s operations to run more efficiently now that a new system was in place to help them automate their tasks.

The hospital purchased brand new computers, discussed with staff who had been with them for a long time, and laid down the instructions on how to use the system. However, one month later, management found out that the staff had not been using the system at all. The project had failed.

The hospital management decided that they needed to bring in a subject matter expert in Information Technology and Change Management. They hired Beth as their IT Manager to take over the challenge of managing and implementing the new technology.

Beth started interviewing the staff to understand what their needs were. She then set up a meeting with the Head of Human Resources to come up with a change management plan for the hospital.

Beth discovered that, despite the purchase of the system and the briefings conducted by management regarding the use of the new system and computers, the staff had not adopted a digital mindset. The hospital staff still preferred to do their routine the way that they have always done it — without computers and without the help of an application — because they did not appreciate how the system could help them with their work.

This information helped Beth and the HR team in coming up with a change management plan to increase compliance in using the new IT systems.

IT Systems are operated by users. Human users. When approaching a project that requires extensive use of IT, part of the approach should include how to get users to adopt the new system, as well as selling its value.

We are in era of best practices where old industries are adopting new ways of conducting business to operate more efficiently. IT or technology adoption as well as enablement is often critical in bringing these businesses into further growth and transformation. Transitioning into modern ways of conducting business may sometimes mean having to shift from a previous generation’s approach. And this is where human behavior affects business decisions and change management.

Some companies will bemoan the poor compliance of their employees in adopting new processes and new systems. The case above shows us how the failed compliance with the new technology had stemmed from the hospital’s staff not appreciating how the technology could help them with their work. Transitioning into new systems involves bringing in all stakeholders into this change.

Carlo from the IT department is complaining to his supervisor that the users of their system can’t seem to get the hang of using the system. Anna, the supervisor, decides to sit in on one of the meetings to understand the problem.

During the meeting, Anna discovers that the problem occurs when one of the staff receives a delivery from one of the suppliers. The staff knows well enough how to use the system to update their inventory with the new stocks from the supplier, however, they do not know whether they should inform their section head about the new stocks or whether they should directly encode in the system themselves. The staff do not know if they were allowed to input directly in the system, so they decided to do their inventory manually in a logbook instead.

Anna finally understood how this one step had kept the staff from fully taking advantage of the system. A critical step in their processes was not addressed, which then led to non-compliance.

The case above highlights how processes are crucial in the use of IT systems. IT implementers may get very involved in the technical aspects of the work to be done. The groundwork may be laid down, the cables installed, the computers installed, then a go live may be set. But without accounting for how the user will be using these systems on a daily basis then one cannot ensure that this IT system will complement how the user will go about his or her day. In fact it may even be a hindrance to working!

Technology, processes, and people are inextricably linked. Since systems still rely on a human user to conduct certain portions of a workflow, the human equation should always be accounted for in transitioning to IT systems. It can be easy to start using a system but without addressing how a user’s workflow jumps from a manual procedure to a computerized and automated part of the workflow, then this chain of procedures may not be able to proceed as planned. 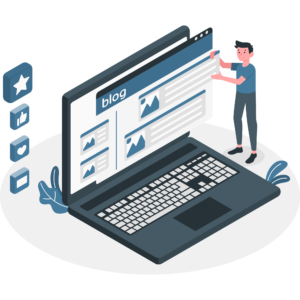